Hundreds of protesters took to the streets of Lagos to demand an end to bad governance in Nigeria on the occasion of its 60th Independence and at least 30 of those protesters have been arrested.

The demonstrators told newsmen that they were members of #RevolutionNow protesters.

Some members of the group, including the organizer, Omoyele Sowore, were arrested last year by the Federal Government for carrying out a similar protest.

During today’s protest in Lagos, Nigerian security officers stormed the area and took at least 30 of them into custody.

Reacting to the protest, Agba Jalingo “We are tired of Buhari and we want to tell the whole world that we are tired. Even with all the police mobilisation, we are here to show them our determination to confront this government. 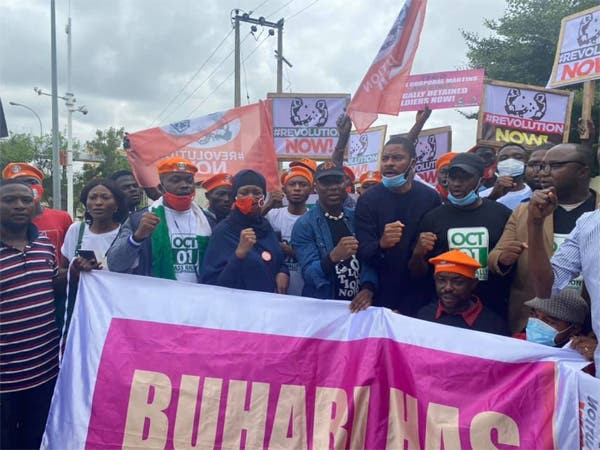 “We are not going to be afraid of them. We will protest regardless of what they do. Nigerians are tired of bearing the burden that Buhari keeps piling on us, they must reverse the increase in fuel price, end ASUU strike.”

COVID-19: Private schools say they would participate in WASSCE