Governor Ifeanyi Ugwuanyi of Enugu State, on Tuesday, lifted the ban on operation of Tricycles, Motorcycles and Tipper-Trucks in Nkanu East, Nkanu West, Enugu South communities and other areas.

DAILY POST reports that the State Government had placed the ban owing to the rising Insecurity in the affected areas, especially the recent attack on voters during the just concluded Local Government elections in the State.

The union leaders tendered unreserved apologies to the Governor and pledged to fish out the bad eggs among them and support the efforts of the security agencies to curb crimes in the State. 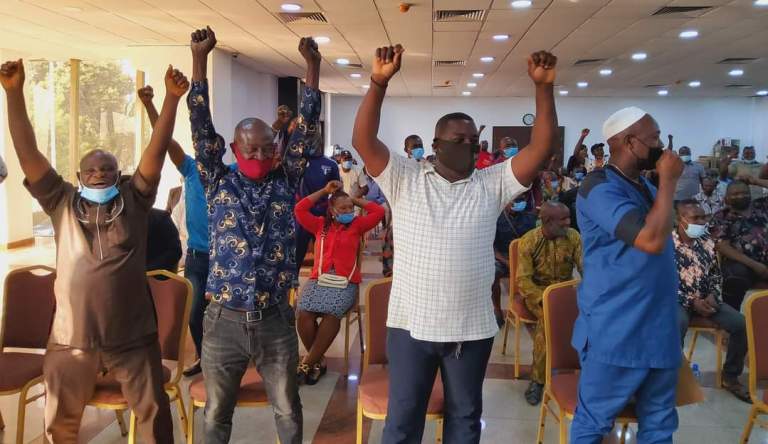 They said, “we are here today because of the Executive Order No 1 of 22, dated the 4th February 2022, which pronounced the banning of tipper, trucks, motorcycles, in Nkanu East and West and some communities in Enugu South Local Government Council.

“The three sister associations wrote an appeal to the Governor and pleaded with him that they would put all efforts to ensure that the bad eggs that have infiltrated our profession and tried to tarnish our image are fished out.

“Earlier in the morning, we converged on a special meeting where we resolved within us that there should be an internal security to help the security measures in Enugu State to ensure that the people of Enugu State will sleep with their two eyes closed.

“At the end of the meeting, His Excellency, Ifeanyi Ugwuanyi, in his usual way, accepted our plea and has directed the Attorney General to prepare the document to ensure that the ban in those areas is lifted. My members could not hold back their joy.

“So, we are happy and all we owe the Governor is our prayer and our relationship with him will extend beyond this Government House. We are happy.

“There is no genuine tipper operator in Enugu State that the Tipper Union does not know, including in the local government areas. The same thing is applicable to motorcycle association members.

“Today, we presented a book where we have captured up to 8500 members of the Tricycle Union in Enugu State. We have given numbers to every operator and we are hopeful that they would all abide by what we agreed. The Tipper Union will start their own soon and the motorcycles also, will do their own.

“They have also agreed to have apron vests, which will have numbers for their members and identity cards and stickers. We have agreed also to form a joint taskforce to monitor the operators in the State.”

Ibrahim Magu Breaks Silence On His Arrest And Detention