The Anambra State Judicial Panel of Inquiry on Police Brutality has summoned James Nwafor, an ex-SARS officer accused of being responsible for the deaths of a number of young men who went into SARS Awkuzu detention centre in Anambra state and never made it out alive.

The Judicial Panel of Inquiry was set up in Various states in Nigeria in response to the demands of End SARS protesters.

Following testimonies from family members of SARS victims, James Nwafor has now been invited to appear before the Anambra State Judicial Panel on December 8.

Weeks ago, James Nwafor’s name rose to number one on the trend table in Nigeria as Nigerians called for him to answer for the crimes he allegedly committed when he served as commander of the Special Anti-Robbery Squad in Awkuzu, Anambra State. 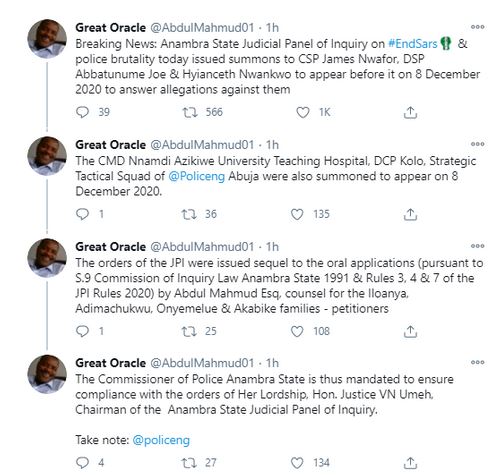